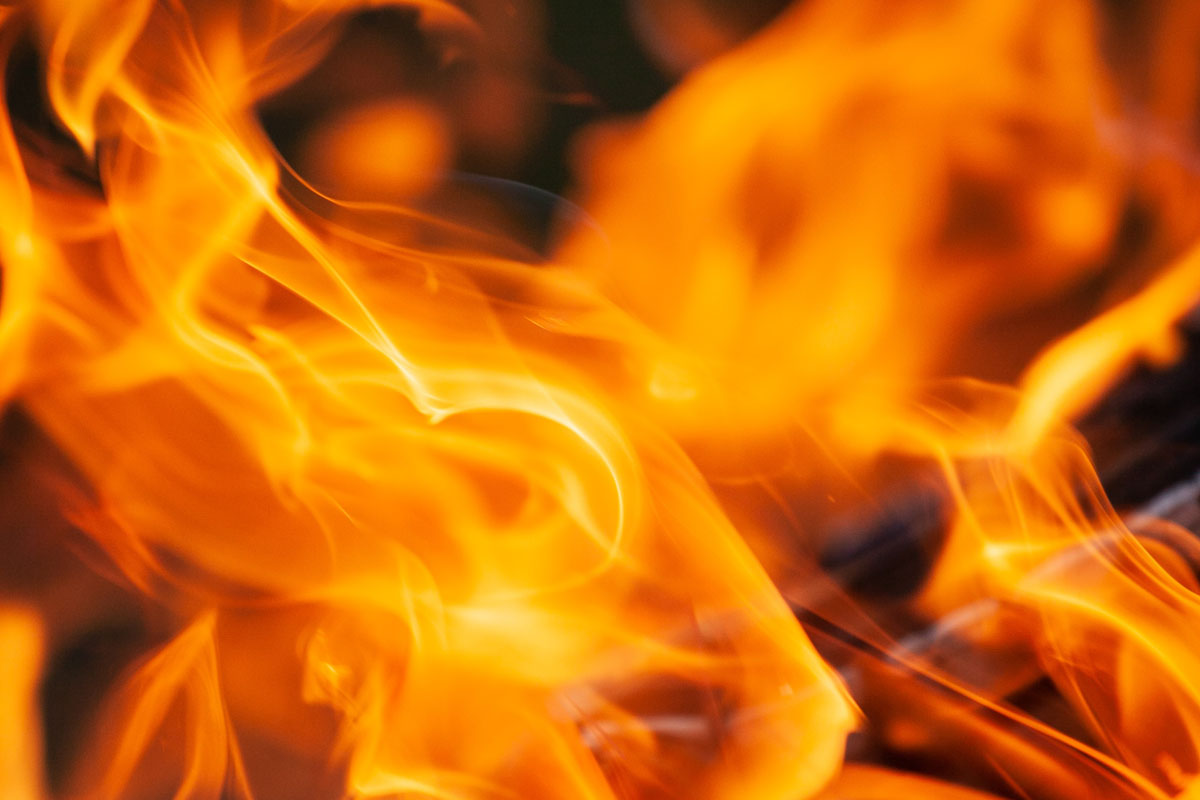 Does your project require superglue’s strong adhesive abilities but takes place in a consistently hot environment? Considering that superglues are flammable, you may assume you are out of luck. However, have you considered Krazy Glue?

Krazy Glue is non-flammable and heat-resistant because it has a very high viscosity. Often, superglues, or cyanoacrylate adhesives, are flammable because they release heat as they bond. However, Krazy Glue has a higher level of viscosity, which fosters resistance from exothermic heat while it bonds.

To learn more about the chemical properties that make superglues flammable and Krazy Glue non-flammable in comparison, what a cyanoacrylate adhesive is and how it works, and how exothermic reactions and viscosity affect heat resistance, read on.

There are plenty of superglues on the market, including Krazy Glue, although they may sell under different brand names. However, it is vital to note that they are all, essentially, the same thing. The base component that gives superglues their adhesive quality is cyanoacrylate. So, the first question we need to ask is if cyanoacrylate adhesive is flammable or resistant to heat.

What You Should Know About Cyanoacrylate Adhesive

Cyanoacrylate has some essential qualities that make it a fantastic bonding agent. Since this material is a monomer, it can bond with other cyanoacrylate molecules to make a giant polymer. Imagine that big ball of school glue-based silly putty you made in high school chemistry class. That silly putty is a polymer. However, unlike school glue, which is water-based, cyanoacrylate is acrylic, a highly flexible plastic.

The bond formed between cyanoacrylate molecules is much stronger than water-based glue. You can typically remove water-based dried glue by adding moisture again. Cyanoacrylate, on the other hand, actually strengthens its bond when introduced to water. As cyanoacrylate bonds and dries, energy gets expelled in a powerful chemical reaction called curing. What makes cyanoacrylate curing so powerful? We’ll explain in the next section.

Why Is It Flammable?

All types of cyanoacrylate glues are flammable in their liquid state. Furthermore, cyanoacrylate glue emits flammable fumes as well. For instance, did you know that pouring super glue on a cotton ball can make it light on fire? Superglues are so flammable because they bond through exothermic reactions.

What Is an Exothermic Reaction?

As super glue bonds, it continues to emit heat. This excess heat makes it highly susceptible to combustion.

If all superglue is flammable, and Krazy Glue is a brand of superglue, wouldn’t Krazy Glue be volatile as well? Luckily, there is a subtle variance in Krazy Glue’s formula that helps hold off the exothermic reaction’s heat.

Compared to other superglues, subject matter experts, like those at The Art Suppliers, recommend Krazy Glue as a safer, non-flammable, and heat resistant option. What makes Krazy Glue more resistant to change? This adhesive is much more viscose than its competitors.

In layman’s terms, viscosity describes a liquid’s thickness. However, that is not the whole story. Viscosity measures a liquid’s resistance to flow. From where does this resistance come? More viscose molecules are closer together, which means there is more internal friction between them. More friction means more resistance, which requires more force to overcome. That is why a more viscose fluid is thicker and moves at a slower pace.

Viscosity and temperature is a disproportionate relationship. As temperature rises, a fluid’s viscosity decreases. This change happens because increased thermal energy increases the space between molecules, causing less internal friction and flow resistance.

Have you ever noticed how honey and syrup flow easier after heating them? Or how motor oil freezes when you leave your car out in the cold? These are both examples of the disproportionate relationship between viscosity and temperature.

In other words, Krazy Glue does not eliminate the exothermic heat that occurs when it bonds. It just bonds at a higher viscosity, which withstands heat as the bonding reaction occurs.

Krazy Glue is a peculiar outlier compared to its fellow superglues. By all other accounts, it is a cyanoacrylate adhesive similar to Super Glue, Permabond, and Infinity Bond. In theory, the exothermic reaction while bonding should make Krazy Glue just as explosive as its peers. However, because Krazy Glue has a higher viscosity, it can better handle the exothermic release than other superglues, making it non-flammable.